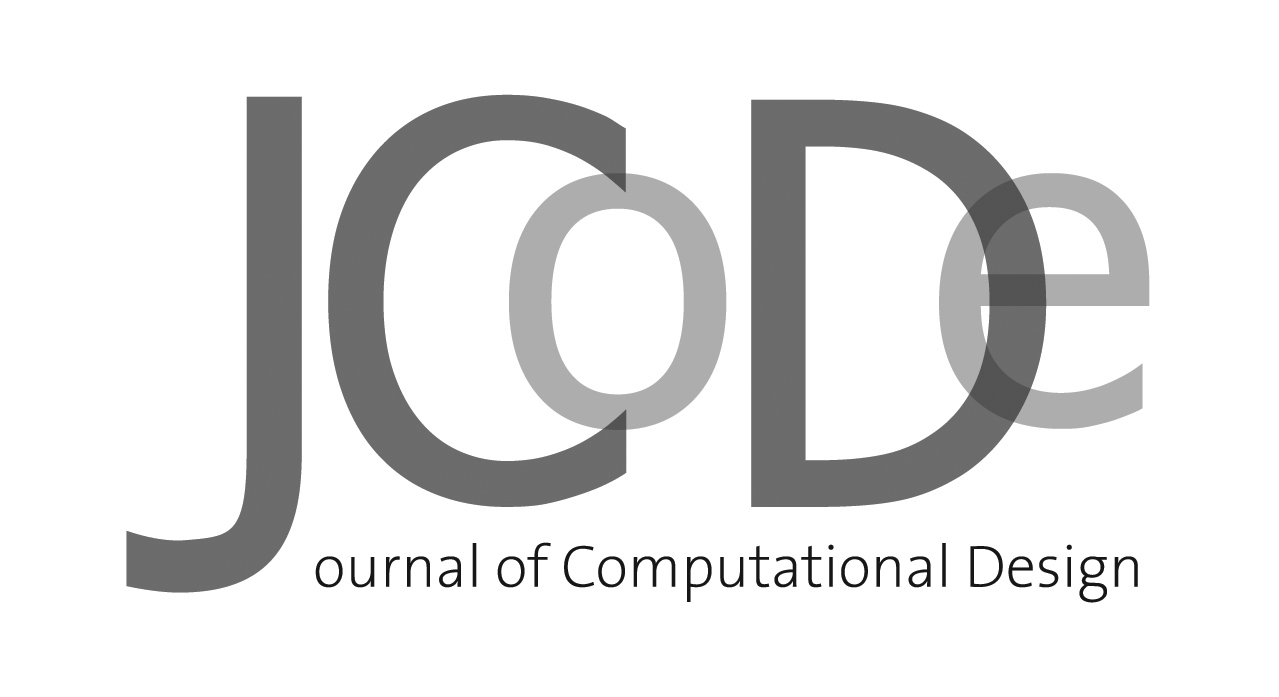 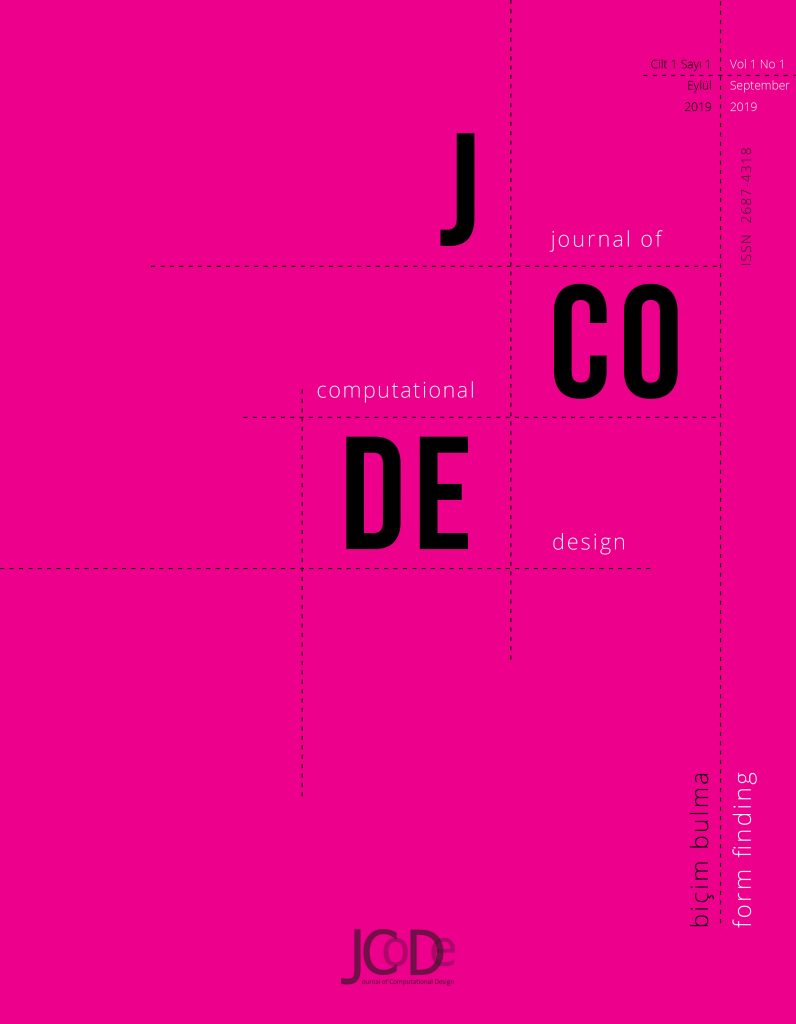 Latest studies in cultivated material design depict that the vegetative part of a fungus consisting of a network of rhizomatic and fibrous white filaments, the mycelium, could be an alternative for composites which composed of a ductile matrix and high-strength reinforcement. The goal of the present work is to discuss the potential of the usage of mycelium as a binding agent in free form geometry since mycelium acts as a natural selfassembling glue while following its metabolic cycle. Hence, shaping and re-shaping capabilities of mycelium-bond materials using fabric formwork is discussed. This study is the result of a series of experiments about mycelium-bond material that aims to investigate its re-shaping potentials by using an adjustable mold. We aim to make a comparison between initial and end shapes of cast material by implementing digital and analogue tools based on mycelium-based fabric formwork experiment. The formwork enables the designer to manipulate the boundary conditions of the fabric mold. The physical experiment setup consists of different initial geometry alternatives and the deformation is observed and measured numerically by time-based recording on top and section views. With the help of digital tools, experiments were documented as a process of formation. To analyze the mycelium-bond material, which refers to a material which can take form by growing mycelium under certain conditions, shaped by fabric formwork two different approaches were followed. The first approach is to keep the initial geometry defined by digital design tools of the fabric formwork fixed and to determine the resulting analogue shape from elastic deformation. The second approach is to keep the final analogue geometry fixed then to find the closest fit solution possible within a fabric formwork.

4. Transformation Of Dance Motion Data To Form Through The Computational Environment

Architecture is inherently intertwined with movement and body. One of the most intense observations of the movement is undoubtedly dance performance. Architecture and dance share the same language in terms of shape and form; both disciplines transform solid bodies and space to identify themselves. In recent years, involving computers to design process leads to digital analysis of movements. Movement data is available with movement analysis in computational environment. These data can be used as design components for different disciplines. In this article, it is emphasized that dance data can be used to create dynamic spaces and architectural forms in interaction with body movements. Within this scope, the relation among the time, space and movement is examined. Motion capture and motion transformation techniques are studied. In this content, it has been worked with a group dancers as subjects and their movements were transferred to computational environment using Kinect, Grasshopper and Quokka interfaces. Dancers movements were scanned and the motion data for each joint were stored for the analysis process. Thanks to the computational environment, the models based on the movement data were produced and the movement traces in the space were concretized and analyzed. The interaction of the created forms with the dancer and the reflection of the of body movement dynamics on the form produced were intensified. At the end of the study, the productive results of using dance movement data in search of dynamic and interactive forms instead of the usual solid, stationary forms of architecture are shown.

6. Computing and Knitting in the Context of Concrete Shell Structures

This paper was produced from the master thesis titled ‘’Computing and Knitting: Experiments on Tailoring Concrete and Knitted Textile for Shell Structures‘’ that published on December 2017 in ITU Architectural Design Computing Graduate Programme. The thesis proposes an integrated design and production approach to seek future construction scenarios for the complex concrete thin shell structures by utilising material behaviour and computational tools. The investigations focus on the findings and the outcomes of the composite usage of concrete (as a compressive material) and knitted textile (as a tensile material). In the scope of this study three phased experiments were conducted, which comprised of; (i) material experiments, (ii) form finding and structural analysis, (iii) production of physical prototypes. In order to achieve the feasible form alternatives the integration of material feedbacks from physical models and the structural feedbacks from digital model was provided. In order to get a deep understanding about the material limitations and to determine optimum cement mixture to obtain maximum mechanic behaviour from the composed material, microstructure analysis were completed in material scale.Motivated by the feasibility problems of complex concrete shells, the potentiality of initially delicate and flexible materials are explored to generate structurally efficient lightweight concrete shells in order to eliminate the need for formwork, minimize the production cost and time by promising less labor-intensive, more sustainable and wastefree structures.

Creation of form in architectural practice has been historically a topdown process. However, the creation of form doesn’t have to follow the conventional architectural process. There are also emergence-based approaches that evolve through reactions to the environmental factors, and some of these structures would fall under the vernacular category. This study focuses on how perceptible aspects of architectural forms can be used as a method to discern the actual quantitative characteristics through certain visual, simplified versions of forms, described in this article as “node patterns.”. Patterns usually invoke the idea of two dimensional textures or sequences, but they can also be utilized to categorize architectural forms in certain archetypes. This way of describing complex architectural forms might offer certain advantages in finding out the qualitative properties of architectural forms, such as permanence, ease of construction, function, etc. This study puts forward the concept of “node” as the most primitive building block of a pattern. A node is defined as the most simplistic, discrete unit of a pattern, that can be easily identified by a user who’s not technically educated as a designer or an architect. Patterns, which define certain architectural archetypes, are discussed in two different dichotomies: monolithic vs discrete, and regular vs random. These four qualities are then matched with three dimensional dichotomies like horizontal vs vertical, linear vs massive. Several real-world examples are discussed and the inherent qualities of the patterns are presented.

©2021 Journal of Computational Design & The Rectorate of Istanbul Technical University. All rights reserved.
Your continued use of this site signifies that you accept the terms of use.

The papers published in JCoDe are licensed under a Creative Commons Attribution-NonCommercial 4.0 International License.